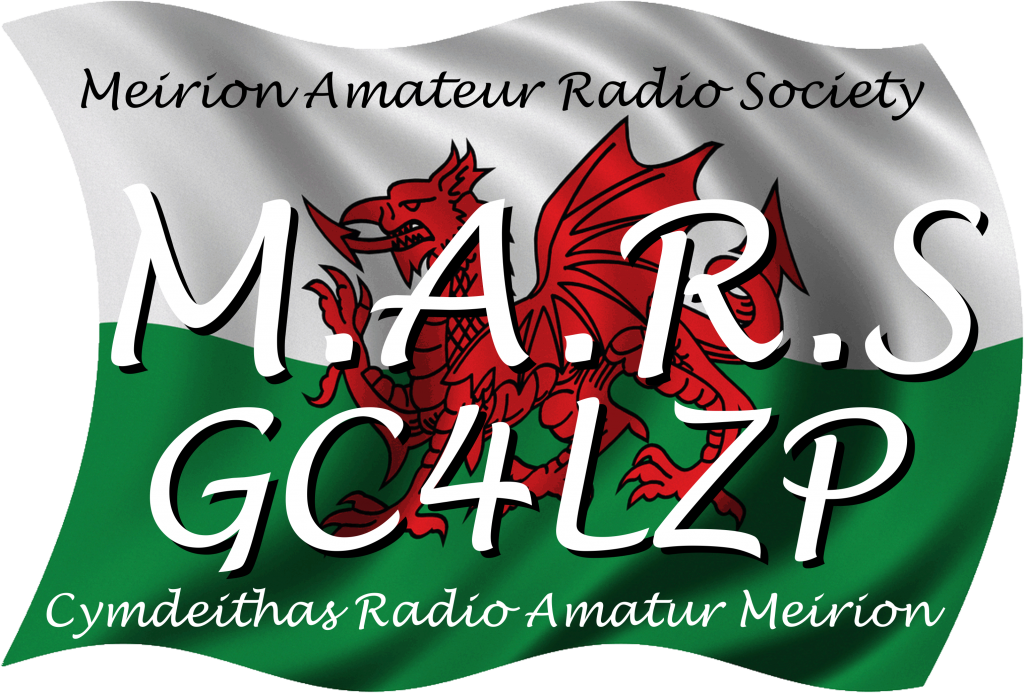 Since early in its history, SOS Radio Week has been one of the highlights of the calendar for Meirion ARS and 2017 was no exception. Meirion ARS have taken part in every one since 2008, even winning an award one year from Icom, for raising the greatest amount of sponsorship. SOS week started in 2007, it was the idea of David Hughes and his father, Derek M3LFC and G7LFC to ask radio amateurs to get together, promote and raise funds for the RNLI, and that they would run their event, during the same period as the RNLI’s own SOS fundraiser, at the end of January. Little did they know then, what a monster they had unleashed? Each year, dozens of clubs and individual operators, make thousands of contacts with the sole purpose, of helping, The Royal National Lifeboat Institution.

Planning for this year’s event, started in October 2016 at the MARS club meeting, held at our new venue in Dolgellau. As always, most of the organization for this regular event, takes care of itself, because members of the club tend to do the same tasks each year. Our equipment stays pretty much the same for every SOS week, namely a HF station running a vintage Kenwood TS430S , an Icom IC2000 for local 2m operation and a Yaesu FT897 for digital modes. The only change of radio this year was for the digital modes, where we ran an Icom IC706 setup.

Antennas for our stations often change between the first and second weekends of the event, as we tend to try out different setups, due to the huge amount of space we are given by the RNLI to setup antennas. We could easily erect a full size 80m dipole if needed, but this year for SSB we mainly used an 80/40m trap dipole in an inverted V, and a 20m dipole for digital modes. We also had on hand, an SRC X80 vertical, that gave us the option of a different take off from our coastal location. 2m for this event was run with an X200 dual bander.

2017, threw up a small problem, in that our NoV, for the call sign GB6BLB, normally held by Bob Smith GW0AYQ had to be reallocated, as Bob was unsure he would be able to attend each weekend and stay for the full duration, as required by the NoV. Therefore it was decided that the licence would be transferred to John Martin MW0VTK. In hindsight, we left it very late to do this, but a call to Ofcom explaining our situation, and they pulled out all the stops to help get the call sign allocated. (A big thankyou to them.) 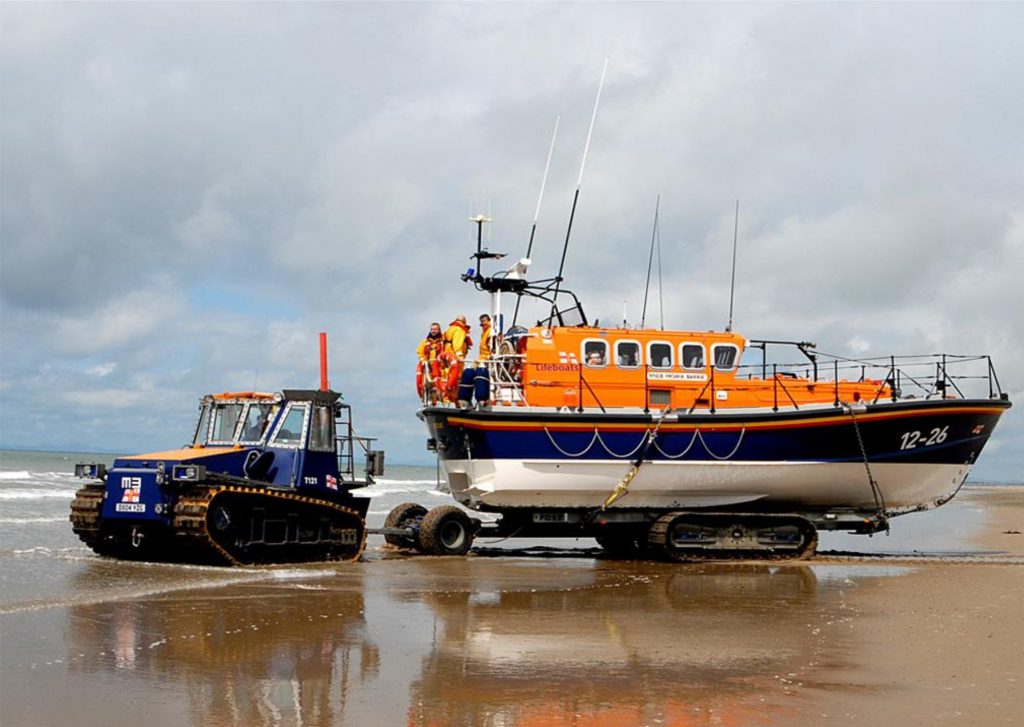 For the first weekend of the event, MARS used their club callsign GC4LZP and the day was used simply to test everything out and make sure we would be ok for the second weekend when we would use the special event call GB6BLB (Barmouth Life Boat). Both call signs were registered for the SOS week event, so that award chasers, could include both contacts for their award. We are very fortunate to be able to operate from the crew room of Barmouth Lifeboat station, where it is warm and comfortable. The crew of Barmouth lifeboat are incredibly helpful and accommodating, supplying lashings of coffee and biscuits. The crew room is high up, on the upper floor of the station, and from our operating position we can see out across the normally golden sandy beach, into Cardigan Bay and onto the Irish Sea. A view I consider priceless, and in January, so different to the hustle and bustle of summer visitors to the town, although summertime is the busiest period for our lifeboats and crews, when visitors to the coast often find themselves in trouble and the only way out, is with the help of the RNLI volunteers. Many people owe their life to our lifeboats.

Weather for this event in past years has been beyond awful, one year we had snow on the beach and thick ice sheets in the car park. This year was just the opposite, both weekends were dry and bright, although a little cold in the early morning while erecting the antennas. HF operation during both weekends was concentrated on 40m SSB but the band was very changeable. One minute a station could be heard 5/9+, seconds later it could be 4/4, a situation that at times

was challenging but MARS operators made the best of the conditions making 101 contacts using GB6BLB on the second weekend of the event. This is quite good for MARS, as we take a relaxed view of our special events and treat them as sociable get together, inviting members families, friends and anyone interested, to come along and take a look. Contacts on 40m were made all across Europe, and Inter G was at times terrific, with pileups of stations wanting to work GB6BLB, a call sign now well known for SOS radio week.

SOS week comes to an end all too soon, and we are already looking forward to and planning next year, where we have some great ideas to include on the event, with a view to making it even bigger and better! Meirion Amateur Radio Society, wish to thank everyone who made contact with them during SOS week, and as MARS are planning more special events for 2017, please listen out for the callsign GC4LZP.